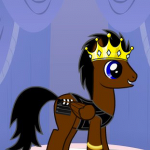 Frieza (フリーザ, Furīza; lit. "Freeza") is one of the most significant villains in the manga Dragon Ball, and the anime Dragon Ball Z. He is a galactic emperor of an unknown race who runs the Planet Trade Organization, and is feared for his ruthlessness and power. He is the son of King Cold and younger brother of Cooler. Frieza also makes appearances in several Dragon Ball Z movies and Dragon Ball GT. His name is a rephrase of 'Freezer', as his brother is calledCooler.

Retrieved from "https://dragonball.fandom.com/wiki/User:Mlp_Brony?oldid=548290"
Community content is available under CC-BY-SA unless otherwise noted.