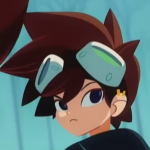 Since you're reading this.... I guess that I should say a word or two about myself...

My story with Dragon Ball became when I was like 5... When Dragon Ball Z was broadcasted in my country with horrible dub and kinda enjoyable opening on RTL7 channel. https://www.youtube.com/watch?v=dZ1NcxAZUYk <-- This one.  Anyway, I've seen only parts of Frieza saga/Cell saga/ending of Z and GT... And I hate GT... Even more than Dragon Ball Evolution.

The point is that after growing up a bit, I've learned more about DB from Budokai Tenkachi 3 story mode, and then rewatched it with my brothers...

After few years... Dragon Ball Z Battle of Gods and Ressurection of F movies came. I liked them, they had this "happy vibe" that GT was lacking... When Super was annouced, I was happy, and afraid at the same time due to the worries that, it might have "bad art" due to TOEI annoucing it only few months before broadcasting on TV... I was right. After the BoG and RoF arcs in horrible quality... The good stuff came, and I was happy... I still am. Sure DBS had it flaws but it also had a lot of pros. It had characters that I've started loving and it also revived DB after so long. So yea, I'm a DBS type of a guy.

Now for my list of fav characters from DB series.... Here you go

Now for my list of fav techniques from DB series.... Here you go

Retrieved from "https://dragonball.fandom.com/wiki/User:Meshifuari_Arimota?oldid=1796704"
Community content is available under CC-BY-SA unless otherwise noted.