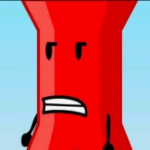 This is a start of my Dragon Ball series installments I currently have in my library. I now have all of the DBZ installments for the Game Boy Advance.

DB Games I am looking forward to

Well, great news, as of October 5, 2005, I finally have a GBA system. So I will keep tabs I DB games that are going to be released (or something like that).

Retrieved from "https://dragonball.fandom.com/wiki/User:Mariofan45?oldid=241323"
Community content is available under CC-BY-SA unless otherwise noted.