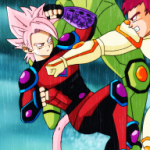 Can you check for me?

Disturber of the pieces

Sup sapiens, I'm KidVegeta, the most longtimiest fan of Dragon Ball and Dragon Ball Z and Dragon Ball Super and especially Dragon Ball GT. My favorite thing is coming on here and arguing with stupid people who think Broly sucks (cuz they suck). I'm also on the fanon page of this wiki, which you can see here. rip in pepperoni m8

Factually incorrect, stupid, insane, or otherwise incomprehensible quotes by users on this wiki, which deserve to be scrutinized for their level of BS:

These two pages contradict each other. I thought I would like to let you know. Hyper Zergling 19:28, September 9, 2011 (PDT)

He's sealed into the Z sword after he's born...? Is it so... that Age decreases or increases by time passing. If it's the same as BC versus AD, then it should be accurate... or is it the other way around? Rather confusing. Please pass this along to my admin comrades (Nonoitall and 10X) they may agree or disagree. - PrinceZarbon talk contrib 13:47, September 10, 2011 (PDT)

Yes, but the numeric may be based on descending or ascending order. It may change like BC; where the numbers decrease rather than increase through time. - PrinceZarbon talk contrib 12:58, September 11, 2011 (PDT)

I'm pretty sure it is based of BC, as it uses the start of Age as a reference. Even the timeline page itself is ordered that way. One of those two canon elements are incorrect. The issue has been sort of resolved; nonoitall sort of clarified that he believes that the Z-Sword date is correct. Hyper Zergling 08:58, September 12, 2011 (PDT)

Retrieved from "https://dragonball.fandom.com/wiki/User:KidVegeta?oldid=1846417"
Community content is available under CC-BY-SA unless otherwise noted.