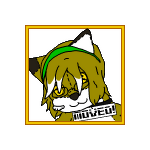 Doc Lithius (real name "Joseph Collins") is a random Wiki editor who is pretty decent at what he does.

This user has been around off-and-on for a while and is a big fan of pretty much everything "Dragon Ball". His biggest contributions would be to minor pages such as Hasky, the Dark Nimbus, or certain Dragon Ball game pages. This, along with other minor edits, keeps him occupied and happy here at the Dragon Ball Wiki.

My Thoughts on Dragonball Evolution

Video version can be found here.

Given how many people hate the movie and the fact I didn't really like what I saw in screenshots and trailers, I was expecting something truly horrendous from this movie. What I experienced was nothing of the sort, however. Despite what everyone -- and I mean like...EVERYONE...says about it, I found it to be a very enjoyable movie. Basically, it's exactly what you've come to expect Hollywood to do to your favorite [cartoon/game/movie] series...at least if you've been watching movies based on your favorite whatever in the lat 20 years. That, of course, doesn't make it a bad movie. No, I think the main argument in this case is more than likely the usual "rabid fanboy" argument where whereas this movie "didn't accurately portray any/every character correctly" or it "had nothing to do with the source material"...which, as I said, is pretty much what Hollywood does when they take your favorite [whatever] series and turn it into a live-action movie. Here, I'll give you an example:


Super Mario Bros. the video game was about a pair of Italian plumbers stomping on little foul fungi and evil turtles while trying to save an atypical "damsel in distress" from a giant dinosaur-turtle thing. In the end, Mario gets the girl and Luigi is just kind of there. However, when Hollywood got the permissions to do so, they made a movie that had almost nothing to do with the original. Super Mario Bros. the MOVIE was about a pair of Brooklynite Italian-American plumbers who, on an archaeological dig, somehow stumble onto a portal an alternate world where reptiles became the dominant species, evolved into scaly (?) humans lead by a smooth-talking-yet-slimy dude named "President Koopa", and they have to keep the two worlds from uniting and having Koopa de-evolve everyone in Brooklyn with his "De-Evo guns". Also, Luigi gets the girl this time around. (Woot!) Now, this may SOUND absolutely and utterly ridiculous, but you know what? It was a damned good movie with a very talented bunch of actors (including one Bob Hoskins) and a pretty amusing plot!

I guess what I'm trying to say here is that people tend to see a movie that's named after a major label ("Super Mario Bros.", "Resident Evil", "The Flintstones", etc.) and expect it to be absolutely and totally 100% faithful to whatever it was based -- based -- upon, not giving the movie a chance to shine in its own respect because...OH MY GOD...it decided to take a slightly DIFFERENT route than expected!

So what are my thoughts on Dragonball Evolution, then? Simply put, I liked it! It had a little bit of everything while keeping some of the source material intact in ways which fit into the movie. The title is kind of silly, but it makes sure to specifically seperate itself from the manga or anime series. The fight scenes were a little short, but thankfully it didn't go the other way and make them Dragon Ball Z-esque multi-episodic dialogue-fests. I also liked how the characters interacted with each other. (Gohan is actually one of my favorite characters from the movie as he's a silly old man at times.) I'm looking forward to the next two movies, in all honesty. I just hope they're as good as the original... I notice sequels tend to not be as good as the original, despite grossing more money on their opening weeks.

Retrieved from "https://dragonball.fandom.com/wiki/User:Joseph_Lithius?oldid=1592449"
Community content is available under CC-BY-SA unless otherwise noted.