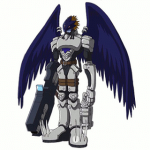 Who Knows, Maybe This Year?

1. Red - Red was Always my Favourite Color, althought i'm a Huge Fan of the Chelsea FC (My color should be blue), Sincemy Childhood i always liked Red .
2. Blue - Since There's a part Called Chelsea FC in my Life Blue is my 2nd favourite color :D.
3. Yellow - Yellow was always a special Color for me, it somehow represents the Lightning which is a good fact I think.

1. Green - I hate the green color.Sure it might represents the nature, but if you look at some Country Flags you'll notice what i think.I try as much as i can to avoid the Green Color.
2. Pink - The most ugly color i've seen, i mean it's nowhere in the nature you just can't find it anywhere.
3. Indigo - I really think indigo should be more of a Blue color than a Purple color, only Because of that i don't like it.

1. Cell - A mysterious and unexpected character from the future who appeared at the end of the Androids Saga. I liked him very much because of his personality to form himself to Perfection, and because he is the only character that Goku had to quit against. And the another reason is when i was Watching DBZ as a kid he was the last villain i saw, and ultimately i thought he was the last guy in DBZ, Which was the whole of Plot of Kai.

2. Krillin - A very Funny character who had minor/important role in DB, such as his death to Tambourine, and his fight with Piccolo at the Tournament.

3. Recoome - I mean how can't you love this guy, he is beside captain Ginyu the strongest member in the ginyu force, and he is a funny guy too with all his poses and stuff.

4. Goku - Well the Most popular anime character in the entire world. He is simply the hero there is nothing you can't like about him.

5. Vegeta - Goku life long rival and friend. He had some epic moments in the series and IMO he has the most unique and epic attacks.

6. Raditz - The fate that binds him and his brother was at the begin of the DBZ just a complete shock.

7. Gohan - The most pacifistic character in the whole series. He doesn't like to fight, always tries to make a peaceful end.

8. Yamcha - He from all the Z-Fighters knew Goku the most time even longer than Krillin. Always tried to help his friends in DB, in DBZ he wasn't much to compare to the villains and he ultimately gave up martial Arts.

9. Tien - Since my childhood i liked Tien, And for the most obvious reason i thought he was the father of Krillin.

10. Majin Buu - By the universal name of Majin Buu i clasify this one For the fat Buu. He is just a Lovely Character ^^...

Top 10's and Some other stuff


Things i can help you with:

So these are the things i can help you with: Making templates.
Making sigs.
Teaching you the Pecking Order.
How to make The Talk Bubble or Text Box or Talk Box or Text Bubble.
Removing Backgrounds on your picture (Making Renders).

Here you can see all of my created Pages/Article's on this Wiki:

This is a list of my created Pages/Article's here on this Wiki.

Retrieved from "https://dragonball.fandom.com/wiki/User:IveX?oldid=1852993"
Community content is available under CC-BY-SA unless otherwise noted.