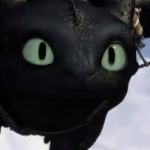 I'm Went a Saiyan warrior, with scar on my midsection, my right arm, my left knee and I have green eyes (preferably red eyes) and black hair (as a Saiyan) and I have the power modify objects like the Dragon Balls and grant greater strength to an Eternal Dragon. I can also go to and from Other World at will. I also have a natural aptitude for turning Super Saiyan, like Caulifla. Though I use anger. (my hair style is either like Broly's or maybe a more symmetrical version of Beat's hair, or like the hair my Saiyan character Karot (https://aang10.deviantart.com/art/Meet-Karot-706731760))

I dress like Broly except the clothes have Goku's DBZ uniform color scheme, with shoes like Goku's in Dragon Ball Z. Or I wear the Temple training Gi pants in Dragon Ball Xenoverse. I look like Goku except I am 6'2" tall and I keep my tail. And my pants are low enough to show the belly button. And I have Red eyes in my Super Saiyan 4 form. And in my continuity the Super Saiyan 4 form has unlimited power at their disposal but not unlimited energy reserves. And the SSGSS can also look like the other Super Saiyan forms.

I grew up on a planet that has good Saiyans My wife is named Sala and she is a Saiyan Princess. My Saiyan name is Karot. In my continuity good people are allowed to keep their bodies, but evil people are not, but only righteous fighters can train with the Grand Kai. And most of the species from Universe 7 and 6 can be found in each of the other 10 Universes (mainly, the Saiyans, Namekians, and the other well known species), but the other ten universes also have their own species. Also I run a martial arts school.

These *** mark forms that I may or may not have.

Great Ape. (trained so that the transformation can be halted when I see a full moon and I can trigger it at will)

Super Saiyan 3 (gained via a Zenkai)

Kamehameha (and its variations).

Power Up to the very Limit.

Retrieved from "https://dragonball.fandom.com/wiki/User:Hulk10?oldid=1848686"
Community content is available under CC-BY-SA unless otherwise noted.