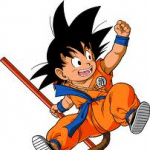 This is a Profile Page

Yo! Goku4Ever here! I live somewhere and I'm 14 years old. An

1 of 7
Add photo
yways, I consider myself a Die Hard Dragon Ball fan, this is the first anime to catch my attention. I get excited when watching fights and I go crazy when a new movie comes out like the movie Battle of Gods! Dragon Ball really inspires me to try my best at things and It's just Epic! It has its own story.  I don't really know what to write right now so I'll just talk about something. I like tacos, tacos are my favorite food. I like Yakisoba but when you have braces it's a pain in the butt! That's about all I have to say to fill up this page. Wow, it's actually working! Well of anything if the stuff I say ever interest you I have a talk page.

The slideshow above is something I added to show that Goku has really grown up and to show his kind and strong character.

Battle of Gods (Why America Why!)

I am really hoping that the new movie "Battle of Gods" will come to the U.S. soon. I will watch it in engish dub but I don't think it'll be good as the original Japanese dub because most animes are better with the original Japanese. I have to watch it with subtitles until I learn Japanese. America aren't you supposed to be ahead of the game but NO Japan gets everything first right? I know Japan made it and it's only fair but they coud share. (cries) Well, I guess it's just life.

Dragon Ball is and always will be my favorite anime and manga in the universe. Son Goku is, in my opinion the strongest character out there I think mentally and physically. Sorry Naruto fans but where do you think Masashi Kishimoto got his ideas for Naruto? Hmmm...let me think. DUH! From Akira Toriyama. Goku's character really inspired him and I wouldn't blame him. I'm not saying I hate Naruto it's just I don't like people hating on different anime they don't watch and just say Naruto is the best. I do like Naruto, don't get me wrong, but Dragon Ball is my favorite. If you watched Dragon Ball you'd understand what I mean (hopefully).

Some things about myself

Yes, this is my favorite band and I like it because of many things not just because it's Japanese! I have listen to many bands and if you're wondeing what they are you can ask me but I don't want to list them right now. Well, I don't think it'll interest anyone anyway. One of the reaons I like this band is because of the singer's soft voice, he doesn't scream in songs like other singers do. It's more than that, the music is just amazing and it goes perfectly with the singer's voice!

Retrieved from "https://dragonball.fandom.com/wiki/User:Goku4Ever?oldid=1164744"
Community content is available under CC-BY-SA unless otherwise noted.