Mira uses it to convert Bardock into the Masked Saiyan, who later uses it on Great Ape Gohan under Mira's orders. Towa uses it several times during the Battle on Planet Namek to turn several of Frieza's soldiers into Time Breakers.

In Dragon Ball Xenoverse 2, Towa uses a combination of Time Breaker Mind Control and Dark Magic to turn Bardock into the Masked Saiyan and the Future Warrior into the Masked Future Warrior. Mira wanted Towa to use the same process on Turles and Lord Slug but Towa found they were causing havoc through history fine on their own and she planned to use them to test a new Dark Magic spell that shaves off some of the victim's life force to grant them greater power using the Demon Realm-enhanced Fruit of the Tree of Might she had created for Turles. 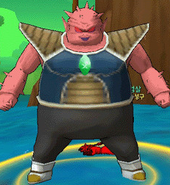 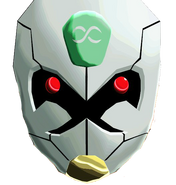 Català
Community content is available under CC-BY-SA unless otherwise noted.