Surprise! Goku is Ginyu and Ginyu is Goku?!

Surprise! Goku is Ginyu and Ginyu is Goku?!

After switching bodies with Goku, Ginyu and Jeice return to the Dragon Balls only to find them already dug up. Krillin and Gohan mistake him for the real Goku but soon discover the truth. Goku appears in Ginyu's body and explains the whole ordeal. He reveals that Ginyu's mind must be connected with his body to unlock its full power. Goku's body at full power was 180,000 yet Ginyu could only get 23,000 out of it much to his shock. Krillin and Gohan take him on and knock him around with ease. As Jeice is about to step in, Vegeta appears in front of him. The Saiyan surprises Jeice with his newfound power. He claims that he is in fact a Super Saiyan and then finishes him off.

Wilhelm scream can be heard from one of them (since Dragonball Evolution (2009)) and another one is heard a few seconds afterwards. This is only present in the English-dubbed DVD/Blu-ray version and the version that aired on Toonami. 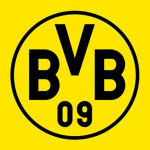 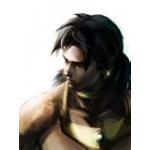