The story is about an alien police officer named Jiora, from the planet Biretijon, whose ship is damaged while pursuing some dangerous criminals through space - forcing him to crash land on Earth. During his landing, he accidentally kills Chapat - a cowardly and lazy police officer from Slope Town. Although Jiora is able to repair his ship, he is too low on fuel (his ship using Gold for fuel) in order to get back home.

As such, he assumes the identity of Chapat by fusing with him; taking on Chapat's appearance and memories, as well as his girlfriend Shampur and Chapat's job as a police officer in Slope Town. At the same time and since his job as a police officer doesn't pay well, he uses his real appearance to become a superhero dubbed "Cashman" - performing heroic deeds (such as saving people from criminals) in exchange for money in the hopes of raising the 17 million yen he needs to buy the necessary amount of gold to fuel his ship. These deeds include rescuing an elderly couple, saving Shampur from a super-powered grade-schooler and confronting the alien criminals who caused him to crash on Earth in the first place.

The police officers make a cameo in Dragon Ball Super 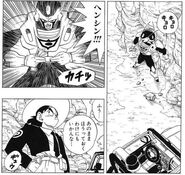 Shampur in her working uniform

Shampur forces Chapat to buy her some earrings 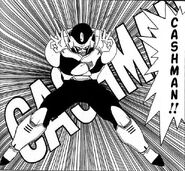 Cashman does the Big Bang Attack

Jiora and Shampur are chasing after the aliens 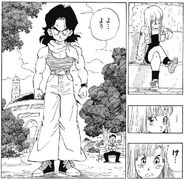 Chapat dressed for his date with Shampur 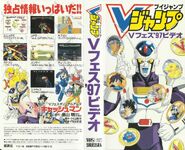