Just One Wish!! (神龍への願い！！, Shenron e no Negai!!, lit. "The Wish to Shenlong!!") is the twentieth chapter of the Dragon Ball manga. Its anime counterpart is the first half of the episode "A Wish to the Eternal Dragon". 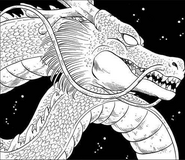 Retrieved from "https://dragonball.fandom.com/wiki/Just_One_Wish!!?oldid=1770426"
Community content is available under CC-BY-SA unless otherwise noted.