"Goku's Special Technique" (の！？てくれ、オラの, Gokū no Shinhissatsuwaza!? Mite Kure, Ora no Shunkan-Idō, lit. "Goku's New Finishing Technique?! Watch This, My Instantaneous Movement") is the sixth episode of the Trunks Saga and the one hundred twenty-third overall episode in the uncut Dragon Ball Z series. This episode first aired in Japan on January 22, 1992. Its original American airdate was September 11, 2000.

Goku explains to the others how he survived Namek's destruction: he reached Frieza's Spaceship and activated it, but it broke down while preparing to leave the planet. A crack formed in the ground and the spaceship fell towards a pool of lava. Goku lost hope and gave up, but noticed one of the Ginyu Force's space pods through a window, also falling into the lava. Goku barely managed to leave the ship and get onto the pod, and entered a random course and exited Namek's atmosphere mere seconds before it exploded. Goku lost consciousness and crash-landed on the Planet Yardrat, where the friendly inhabitants found him and nursed him back to health and even gave him the same outfit that the inhabitants wear replacing his outfit since it is all torn up during his battle with Frieza. As a welcoming gift, the Yardrats taught Goku the Instant Transmission technique as a good reason of why he chose not to come back to Earth. A year later, Goku recovered fully and returned to Earth. Goku demonstrates his new technique to his friends by teleporting himself to Kame House and returning with Master Roshi's sunglasses as his friends become amazed about this new technique. As for Future Trunks warning about the future, Goku and the others decide to stick together and train hard in preparation for the battle against the Red Ribbon Androids. Bulma suggests that they instead look for Dr. Gero and stop him from creating the Androids, but Goku refuses, desiring another good match since his fight with Frieza. Vegeta agrees to fight alongside Goku again, but warns him that the alliance will only be temporary before flying off. Goku comically wishes Bulma's baby well before leaving with Gohan and Piccolo, and Yamcha mistakes it as Goku wishing her a happy marriage with him. At Capsule Corporation, Vegeta startles Dr. Brief by demanding to train in 300x Earth's normal gravity, since he believes it will make him three times stronger than Goku, who trained in 100x the gravity. Goku, meanwhile, is faced with having to explain his absence to an angry Chi-Chi, who grudgingly agrees to let Gohan train as long as he keeps up with his studies.

The Dragon Team begin their training at last.

Differences from the manga 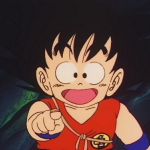