Death Of A Warrior

Gohan vs. Cell (をえた, Gokū o Koeta Senshi, lit. "The Warrior Who Surpassed Goku") is the thirty-fourth volume of the original Dragon Ball manga series. It is released in North America as Dragon Ball Z volume eighteen, with the chapter count restarting back to one. It shows the Cell Games Saga. 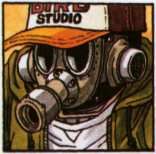