Gengoro Island is an island on Earth, located east of Kame House and General Blue's Camp. It is where Penguin Village is located on. It is also Dragon World's version of the real world country Japan.[1]

Gengoro Island is mostly composed by grassy plains, but some hills and small lakes can also be found here.

In the Dr. Slump special chapter "Kick the Can", Senbei Norimaki is seen running all over a map of Gengoro Island searching through the other towns of Gengoro Island for Arale and Gatchan. The various locations noted on the map other than Penguin Village are: Dumbtown, Needwife, Overthere, Mountain, Land I, Bigshore, Nowheresville, Bigtown, Poop, Station, Boonyville, Fartown, Harbor, and ABC.

In Dragon Ball, after successfully escaping from the Pirate Cave, Goku pursued General Blue and they both ended up at Gengoro Island.

Japan (日本 Nippon) is a real world nation of islands that the fictional Gengoro Island is part of. The city of Nagoya which is referenced a few times in Dr. Slump is part of this country as well. Sachie Momochi from Sachie-chan Guu!! lives here.

Metropolis Island (大都会島), also known as Big City Island, is an island with futuristic city full of intelligent people. It is the original home town of Charmy Yamada and Skop.

Wonder Island (ワンダーアイランド) is a strange island shaped like a question mark that is located a distance from Gengoro Island. It is the primary setting to Akira Toriyama's first published manga, Wonder Island. In Dr. Slump, Senbei Norimaki, Arale Norimaki, and Gatchan travel to this island in order to obtain a tear from the Ogre-king Gyaska to make the Fall-Go-Boom Love Potion for Senbei.

Many creatures mostly based off Japanese fairy tails live there. Wonder Island is notably the home to P-Man, a fairy, flying fish, monkeys, a hang-gliding gorilla, a witch, vampires, dinosaurs, an angel, frogs, and a dragon. King Ghidorah, Little Red Riding Hood, Momotaro, and Kintarō are also seen there.

There are buses that offer trips to Wonder Island in Penguin Village.[2]

China is a large eastern nation that exists in both the real world and in Dr. Slump. It is surrounded by a great wall and one of the villages known as Plub Pah-Tui is the homeland of the Tsun family and was where the Reh Tsu Goh was built and launched from before landing in Penguin Village in Age 748. Sometime after Age 750, Tsuruten Tsun and Tsuntsunodanoteiyugo Tsun moved back here.

It is possible that the Eastern continent in the Dragon Ball series is China due to its similar distance to Penguin Village on the Dragon World map as well as the locations such as Mount Paozu, Fire Mountain and the Diablo Desert having Chinese based scenery and the residents of those areas wearing Chinese clothing. 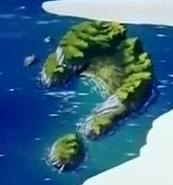 Wonder Island
Add a photo to this gallery