That little pimple of a shield is going to pop and the three of you are going to ooze into the Dead Zone like the pus that you are!"Brief Chance for Victory"

Garlic Jr. is a small, turquoise alien with pointy ears and green spots above his head. He wears a burly robe with a white hood and a button under his cloak. Underneath his robe, he is dressed in a black cassock with a gold-colored castle emblem on a red background with a light blue line on the side of the background. Underneath the cassock, he wears black pants and blue shoes. When in his transformed state, his clothes are shattered except for his pants and shoes.

Garlic Jr. is a man of full of resentment and vengeance due to Kami sealing his father away. Acquiring immortality made him extremely arrogant, believing himself to be truly invincible. He admired his father, Garlic, who tried to fulfill his dreams of taking over the Earth and turning all of the humans into his slaves. He originally planned to wish him back with the Dragon Balls after his goal was completed. He also had great rage and fear of Gohan due to his dormant powers. After being defeated by him, he wanted to make him suffer first before killing him by making him fight his mentor and friend Piccolo. He was incapable of learning from his mistakes trying to use the dead zone to defeat Gohan a second time only for it to backfire on him and imprison him again this time for eternity. He may have also been a fan of baseball, as shown by his use of the sport's terminology during his battle with the Dragon Team in the English dub.

Garlic Jr. is the son and reincarnation[1] of Garlic.

Main article: Garlic Jr. Saga
Years after Dead Zone, Garlic Jr. escapes imprisonment after the source of his power, the Makyo Star, approaches the Earth's orbit. Garlic Jr. gathers his team of demon henchmen, the Spice Boys. The Monarchs include Spice, Vinegar, Mustard, and Salt. While Kami is not on the lookout, Mr. Popo, while busy tending the Lookout, is attacked by Garlic Jr.'s Spice Boys. Attempting to flee on his Magic Carpet, the Spice Boys use their Energy Webbing to restrain him, allowing Garlic Jr. to cast the Sealed Light Beam spell to shrink and capture Mr. Popo in a glass jar. Upon his return, Kami receives similar treatment, though Garlic Jr. engages him in battle first, before the Spice Boys sneak up and surround and restrain the old Namekian, again using the Energy Webbing to allow Garlic Jr. to use a Sealed Light Beam to capture him. Garlic Jr. then schemes to take control of Earth's population by use of the Black Water Mist, which caused those who breathed it in to become mindless vampirish slaves under his rule. With only Gohan and Krillin left to fight for Earth, Garlic Jr. and his cronies have a decisive advantage, especially since Piccolo has presumably been turned into a slave of Garlic Jr. Another complicating matter was the Makyo Star; orbiting ever closer towards Earth, it served to amplify Garlic Jr. and his henchmen's already considerable power. A fight ensues between Gohan, Krillin, the Spice Boys, and Piccolo which Garlic Jr. watches from a throne he materialized on the lookout. During the battle, Gohan obliterates Mustard and Salt with Masenko blasts, Piccolo begins to attack Gohan, and Krillin is bitten by Piccolo, taken over by the Black Water Mist himself. At one point, Spice suggests that perhaps Garlic Jr. would "Like the honor of finishing off the little ratbag yourself, my Lord", to which Garlic Jr. replies "Nah, have fun boys". However, in a change of heart, just as Piccolo lines up a strike with his claws to a limp and beaten Gohan, Garlic Jr. reaches out and stops Piccolo from dealing the death blow, commenting "Wait. I think I will finish him off after all". Piccolo was waiting for this opportunity and reaches into Garlic's robes and tosses Krillin the pair of jars containing Kami and Popo, revealing that he was immune to the Black Water Mist all along and that he pretended to bite Krillin to tell him to act as if he was possessed as well, so they could get in arm's reach of the bottles containing Kami and Mr. Popo. With a twist of his thumbs, Krillin breaks the top of both jars and sets the Guardian and Mr. Popo free. At this point, Piccolo uses regeneration to heal the bite wounds in his neck and prepares to engage Garlic Jr. in combat. With the advantage and hostages lost, Garlic Jr. again converts to his second form. At the same time, Kami and Mr. Popo make their way into the inside of the lookout to use the Sacred Water to reverse the effects of the Black Water Mist. During the battle against Garlic Jr., Piccolo (who is linked to Kami) starts to lose strength as a result of the spirits of the former Guardians attacking Kami inside the lookout, and Garlic Jr. gains the upper-hand. After Gohan releases a seismic two-sided blast which makes both Spice and Vinegar explode at the same time in midair, Garlic Jr., angry at his failure to make the people of Earth his permanent slaves, reopens the Dead Zone intending to trap everyone on Earth inside. Piccolo regains the ability to fight after the former Guardians stop their attack on Kami (and allow him to nullify the Black Water Mist's effect on Earth), and he and Krillin fly up to meet Garlic Jr. and distract him. Gohan then fires a powerful Masenko into the Makyo Star, destroying it and leaving an emaciated and powerless Garlic Jr. to fall prey to his Dead Zone once again, this time with no hope for return, doomed to spend an eternity in complete nothingness. Although Garlic Jr. witnessed Gohan's launching the attack at the Makyo Star, he was too dumbfounded at Gohan doing so to even attempt to intercept the attack.

Main article: Dragon Ball Z: Dead Zone
Garlic Jr. is one of a handful of characters in the Dragon Ball series to be successfully granted eternal life by the Dragon Balls, thanks to his trio of lackeys Nicky, Ginger, and Sansho gathering them from around the globe. In the process, they kidnapped Gohan for the Four-Star Dragon Ball sewn onto his cap and hurt Chi-Chi, thus earning the ire of Goku. While Gohan was being held captive, Garlic Jr. senses his power and decides to make Gohan his attendant. Delirious with joy after the granting of his wish of immortality, Garlic Jr. is then accosted by Goku and Kami and resolves to settle an old score with the latter. In the past, it was Kami who was chosen as the new successor for the throne of Guardian instead of his father, since the earlier Guardian had seen through Garlic's diabolical schemes. Garlic surmounted a rebellion against Kami's predecessor, only to be vanquished & sealed as a result. Now fearing nothing thanks to his newfound immortality, Garlic Jr. intends to return the favor.

While Garlic Jr. is preoccupied making good his grudge with Kami, Goku engages his minions. Not long after Krillin and Piccolo (who had survived an earlier attack by the villain's underlings) make their appearance, the three henchmen meet an early end.

Beset now by the combined might of Goku and Piccolo, Garlic Jr. goes from miniature to gigantic, shifting into a brutish second form able to handle both Goku and Piccolo at once. It is a back-and-forth confrontation before Goku and Piccolo take off their weights and land stronger blows on him. Livid, Garlic Jr. opens up the portal known as the Dead Zone, intending to suck his enemies into a void, which they could never return from. The power latent within Gohan explodes, and enraged, he overwhelms an awed Garlic Jr and knocks him into his own vortex to be trapped for all of eternity. Although he initially doesn't mind due to his newfound immortality, at the end of the movie, a withered Garlic Jr. can still be seen trapped within the Dead Zone's glass-like fragments.

In Dragon Ball Z: Dead Zone Garlic Jr in his untransformed state was able to defeat Kami with minimal effort. In his transformed state, he was strong enough to initially overwhelm both Goku and Piccolo at the same time, taking little damage from their attacks. However, after removing their weighted clothing the tables turned and he was seemingly defeated, though his immortality saved him from death, suggesting he was weaker than Raditz. After seeing Gohan's hidden powers he states that the boy had even more power than himself.

In the Garlic Jr. Saga, as a result of the Makyo Star nearing Earth, Garlic Jr.'s powers were said to have increased by several dozen times. It allowed him to break free from the confinement of the Dead Zone and was able to hold his own, though came off slightly worse, against Piccolo who at that fight was shown to be a match for Frieza in his second form.

Upon transforming, his power rose to the point he initially defeated Piccolo easily but the tables quickly turned when Piccolo used the similar Giant Namekian transformation. Piccolo said that ordinarily, Gohan would have been a match for Garlic Jr.

Statements by authors and guidebooks

It was stated by Takao Koyama, that when making a Dragon Ball movie, the next movie villain that Goku fought should always be at least stronger than the previous villain Goku fought. Thus, in Dead Zone Garlic Jr. was weaker than Dr. Wheelo.

Main article: Gigantification
In his transformed state, Garlic Jr.'s skin turns darker and he becomes massive is size and muscle built, greatly increasing his strength and power. He is capable of causing much more damage to his opponents than in his previous form. However, as noted by Piccolo, this form's bulky state causes a noticeable decrease in his speed, allowing an opponent to more easily counter and outmanoeuvre Garlic Jr. in battle. This form was first used in Dead Zone against Goku and Piccolo and appeared again in the Garlic Jr. Saga. When at his strongest in this state, Garlic Jr.'s pupils and irises disappear and he gains a yellow aura. In video games, he is called Super Garlic Jr. in his transformed state.

Main articles: Destruction King and Gigantification
Destruction King Super Garlic Jr. is a playable character in Dragon Ball Heroes, introduced in the fifth mission of the Jaaku Mission series (JM5). In this state, his eyes are without irises and he gains an electric aura and a Demon mark on his forehead.

In Dragon Ball Z: The Legacy of Goku II, Gohan notes that many animals are still affected by the Black Water Mist showing that the Garlic Jr. Saga happened in that game's continuity. However Garlic jr's portrait is left unused in the game's files, so he was most likely planned to be in that game (and maybe the Spice Boys) but the idea was scrapped

In Dragon Ball Z: Attack of the Saiyans, the Miniature Demons enemy bear a look like of him in his base form.

Garlic Jr. appears as a playable character in Dragon Ball Heroes, where both of his regular forms were added in Galaxy Mission 8. His King of Destruction form was added as a playable character in Jaaku Mission 5. A challenge mission available during Galaxy Mission 8 featured a red Garlic Jr. as the mission's strongest enemy, who had to be defeated along with his three henchmen to gain the greatest reward. 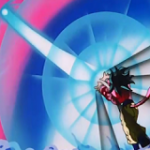 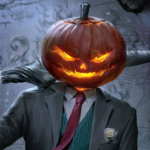