This will contain 2008 cards which is more than twice the amount in the first Ultimate Mission game.

Ultimate Mission 2 includes missions from all 21 Dragon Ball Heroes iterations, from the first set through Jaaku Mission 3 (Red Ribbon Androids, Galaxy Soldiers, Majin Buu, Frieza Force, Slug's Demon Clan, Super Buu, Broly, Tapion, Dragon Ball GT characters, Baby Saga characters, Fusion Reborn characters, Turles Crusher Corps., The History of Trunks characters, Bardock - The Father of Goku characters, Battle of Gods characters, Garlic Jr. and his men, Super 17, Hatchiyack, Dragon Ball characters and Oceanus Shenron, Haze Shenron and The Return of Cooler characters, and the Supreme Kais), and players are able to retain all the cards they obtained in the first game. After Resurrection ‘F’, an update was announced in the official website, people who updated could get the Super Saiyan Blue Goku, Vegeta and Golden Frieza card. Some special stages are also available then. At late November 2015, another update could be made, this time there will be more stages again thus including four more character card, Super Saiyan 4 Broly and Super Saiyan 4 GT Gogeta, Super Saiyan 4 GT Gohan and Masked Saiyan. The third update could be made in 2016 April 6. In this update, some mission from the Dark Makai arc will be available and there will be five new characters, Xeno Trunks, Supreme Kai of Time, Mira and Towa as well as Xeno Bardock, in addition to that, there will be improvements on some previous mistake and glitches such as scouter disappearing and using the wrong color for aura.

The sequel features a brand-new Adventure Mode known as the Ultimate Universe Mode, an Arcade Mode, as well as the Burst Limit Mission Mode where the player has a finite number of cards and is not allowed to play the same one twice.[1]

* These characters are also playable in the game 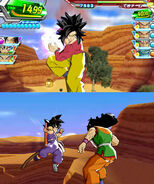 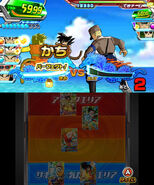 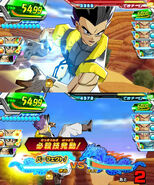 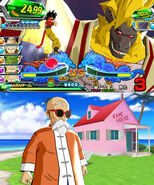 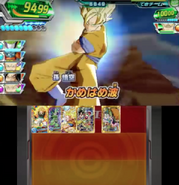 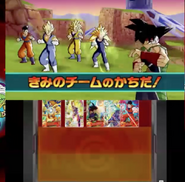 Bardock with his scouter lens 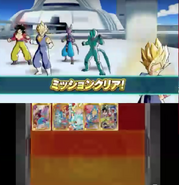