After attending the Ritsumeikan university, Daisuke Nishio joined Toei Animation in 1981. After doing several TV series, he was promoted to assistant director for Dr. Slump in 1982 and continued the job for Dragon Ball and Dragon Ball Z. 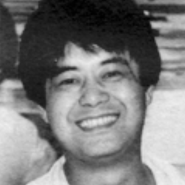 Daisuke Nishio in the 1990s

Daisuke Nishio in the 2000s
Add a photo to this gallery

Retrieved from "https://dragonball.fandom.com/wiki/Daisuke_Nishio?oldid=1440843"
Community content is available under CC-BY-SA unless otherwise noted.