The cover shows Gohan glaring menacingly (presumably at Cell) in his newly acquired Super Saiyan 2 form. In a background box, Cell is shown gritting his teeth.

Having dispatched with the Cell Juniors, Gohan now stands face-to-face with Cell himself. Revived by a Senzu Bean, Krillin asks Future Trunks how he acquired them. Future Trunks informs him that Gohan took them from Cell, and that they need to get farther away. Krillin is shocked, and wonders if this is what Goku had been referring to earlier. Cell tells Gohan not to get cocky, and asks the young Saiyan if he really thinks he can beat him. Gohan responds by asking Cell what he thinks. Cell is shocked and calls Gohan arrogant. He tells Gohan that he will show him his true power, and proceeds to power up, knocking everyone but himself and Gohan away. Krillin remarks that he can feel the planet trembling, but Gohan seems unfazed.

Irritated, Cell charges at Gohan and lands a clean punch to the face, but Gohan remains standing and seems unhurt. Cell is shocked and angrily punches again, but this time Gohan grabs his fist. He then punches Cell in the stomach, seemingly hurting the Bio-Android. The rest of the Dragon Team look on in amazement. Cell swipes at Gohan's head, but Gohan ducks and hits Cell with an uppercut to the chin, sending Cell flying backwards. Cell quickly regains his footing, but is bleeding and visibly shaken up. He wonders how it can be possible that he has been hurt by only a few punches. As Goku watches with satisfaction, and Vegeta in disbelief and denial, Jimmy Firecracker informs viewers that their camera is broken, but that Gohan is pummeling Cell. 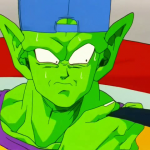 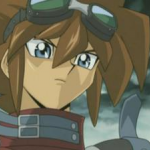