Bolon is the Poko Sky Dragon, a type of demonic dragon summonable by Poko Priests 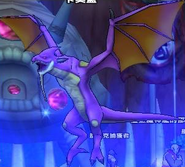 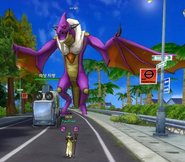