So you're interested, huh. Well, what I said is true. The Saiayns existed on Earth in our historical antiquity, and even fought a battle similar to the battle for planet plant. For hose who don't know, Planet Vegeta was not the original home world of the Saiyans. The Saiyans came from Planet Sadala (Yes, I am still talking Universe 7 here) after an internal schism (Probably caused by the Legendary Sper Saiyan) made them have to leave their home. They landed on Planet Plant to seek refuge. The King of the Tuffle race (Who would later become Dragon Ball GT's villain Baby) Allowed them to stay until King Vegeta III, Prince Vegeta's Dad, took over. The cause of the world is debatable as Baby said that the Saiyans attacked unprovoked, while Vegeta claims that the Saiyans were treated badly. Seeing How Vegeta IV that we all know and lothe wasn't even born during those times like Baby was, and the Saiyan penchant for being barbaric, I would say the Saiyans were the agressors. But either way, a war was waged over dominance of the planet. The Saiyans were Strong militarily, but not quite as smart. Tuffles were weak in body by comparison, but geniuses. The differences of the two races balanced out and kept the war going for years until the once-every-eight- years full moon appeared and allowed them to King Kong all over the place. The King then transfered his mind to a parasitical organism and sought revenge. But that last part doesn't matter now. In reality, there was two nations that mirrored the Tuffles and Saiyans eerily. The Saiyans' real life vounter parts' names even sound like the word Saiyan. Are you ready? Here we go. The Real life counters to the Saiyans and Tuffles were... The Spartans and Athenians. I've done some reading about Sparta, Athens and the Peloponnesian war and have draw some similarities between the Saiyans and Spartans. The Spartans were an ancient Military power during the ages of 500 B.C and later on until it's decline in strength around the age 371 B.C. The Spartans were a proud Military nation with it's society and constitution formed to maximize it's military prowess. The Male Spartans were trained at a young age and forced to endure something called the agoge which is a special form of training. It included a lot of things such as social interaction, singing and dancing, but mostly focuses around survival training which included pain tolerance. But that's not it. At birth, a male was examined by the elders and determained if it were strong enough to be allowed to live. If it was, it was trained. If it wasn't it was abandoned under Mount Taygetus for seven days to see if it was strong enough to be brought back into society. Sound familiar? What happen to weak Saiyans? Now, just to let you know, Spartans couldn't fly or shoot lazers from their hands, and their hair only changed color if it was dyed, but surely you already know that. Now as for the Tuffles, they were smart just like the Athenians. The Athenians were prodigies in their own time, making major leaps in Philosophy, Politics, Medical knowledge, Math, and arcitecture. Most of which we still observe to this day. Despite not being quite as strong as the Spartans, the Athenians held there own during the war. In the end they lost, just like the Tuffles. But they did good, and were allowed to keep their honor, as Sparta felt that it could not raze a city that had blessed them with such knowledge. The Spartans were eventually sacked by the Visgoths who were an ancient tribe of Germans. The inhabitants were sold into slavery. Does this sound familiar? Freiza, though he didn't sell the Saiyans into slavery, did totally destroy the Saiyan populace. The Spartans had great pride in their fighting abilities just as the Saiyans. This was evident when the Philip II sent a message to Sparta saying "If I march into Laconia, I will Raze Sparta." The Spartans replied with a letter bearing one word as response. "If." Neither Philip II or his son Alexander the Great ever tried to pull any crap on Sparta. Spartan pride. There you have it. Saiyans and Spartans. Counterparts in every way. The Saiyans were REAL and they did some things that were even COOLER and TOUGHER than than Toriyama's characters. At least Sparta didn't bow down to Philip II and Alexander like the Saiyans did to King Cold and his son Frieza. Almost certainly, the Spartans would have fought. And they might even would have won. And even if they didn't, at least they wouldn't be treated like a diminutive little monster's pet monkey.

...Very true. They also preserved all of Athens and their advances in knowledge. The Saiyans would have just destroyed it. But I guess that's okay. It would take away from the Saiyans' personality if they didn't. But I can't get over the similarities though...

Ya Boi King Kai, you are a Modern-Day Herodotos. 😎 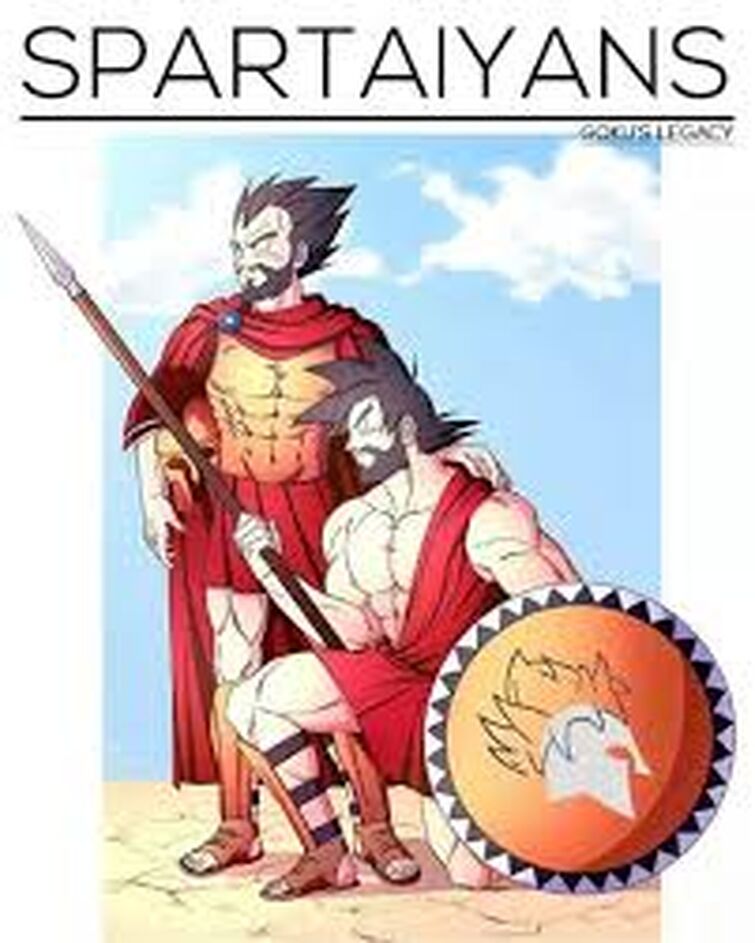 True they are similar

I needed dat in meh life after playing some Assassin's Creed Odyssey.

Ah! This was one of my favorite theories of YBKK! Also....WELCOME BACK!