What's on your mind?

Hi guys I am holding a contest right here on Dragon Ball Wika! your Oc character could appear in the next Frosty chapter! all you have to do is read the story Frosty the Legendary Frost Saiyan of Hope by DreamPonyWorld1 - DreamPonyWorld1 - Wattpad on Wattpad. Then create your own unique character for the story. You can either draw or use a picture in the public domain of what you want the character to look like. Post the picture and the storyline of your character on Dragon Ball Wiki. I will judge which characters we'll go into the voting round. Only five contest participants will be chosen for the voting round. The one with the most votes will have their character put into the next story. Which will be posted here and on Wattpad you will have full credit for your character being in the story. Here are the contest rules- (Your character in your story cannot have extreme gore or extreme violence

or sexual content involved in their story in any way). Make sure that your character is at least PG-13 or under to be qualified for the contest. I look forward to seeing all your amazing DBZ OC characters 😊 make sure you @ me at Dreampony1 to enter 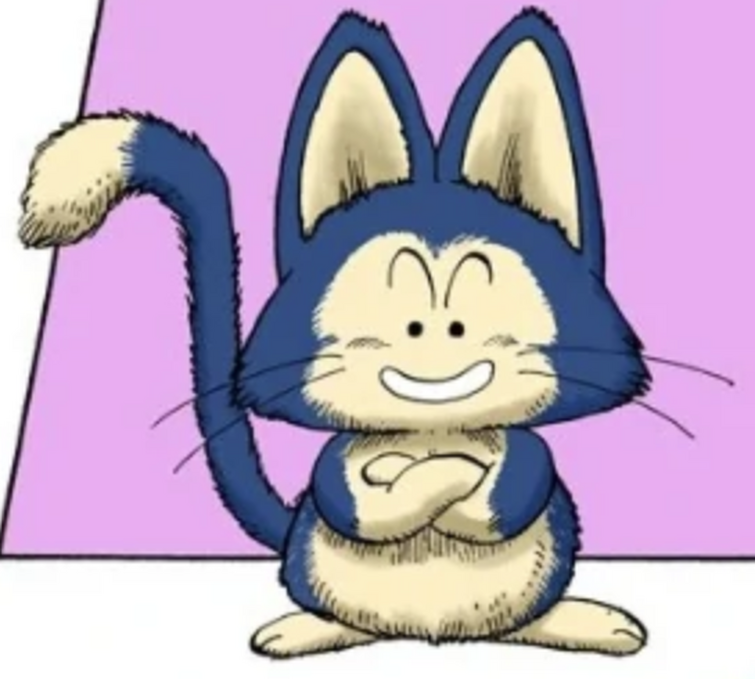 "It's good to be back!-Dreampony1

Why can’t Future Trunks go to New Namek and wish back all the Z-fighters? (Minus Goku)

I don't like SS4, let me explain why. I don't really like the design. It doesn't resemble a Great Ape to me. It doesn't have red eyes or brown fur, the fur is red. Maybe there is some meaning behind that but I would have preferred if it actually resembled a Great Ape. I also don't like how it was achieved. Sure needing the tail to get it is nice, but it still kinda feels like a lazy plot device. UI was achieved through training, I really liked that. Grade 4 for SS was achieved in a cool way as well. This was just pulling out a tail, I know people like that. But I never really thought it was impressive or helped add to a character. I like the scene with Golden Great Ape Goku becoming SS4, but the issue is that the story up to that point was kinda wack to me. I hate Pan in GT, I really do. So I didn't care about her making this scene feel less impact. Maybe y'all cared about her, I don't know why anyone would like her but whatever. Also, Goku didn't really develop all that much to achieve it. He saw her sad and remembered her, I think that's it. I don't think there was that much to this scene from my perspective. I didn't have an emotional reaction or connection to it, and I didn't really see and development that comes from it. And the shirt just magically disappearing when they transform is kinda odd, I get it's for the design but it doesn't make any sense. I also feel like Vegeta obtaining this form in the way that Goku did would have been better. I like that it shows Vegeta's development but they did that in other ways. Goku has never really had a connection with the Saiyans. He is one, and he has pride to a degree. But he barely has any emotional attachments to them. He fought for his race against Frieza but that was only after Vegeta put aside his pride and begged him to. It was more for Vegeta than the race actually. It was more about the moment then him actually having a super emotional connection to his race. So with this form, I didn't really see Goku getting this as another connection to the Saiyan race. It was just a form he got by getting his tail back. Baby wanted revenge on the Saiyans, which led him into becoming a Saiyan basically. And Goku just kinda got serious. And you could say he become primal or whatever. But I didn't really see him representing his race in this fight or whatever. But that's just what I got from it. So I don't really like the form, but its fine if everyone else does. 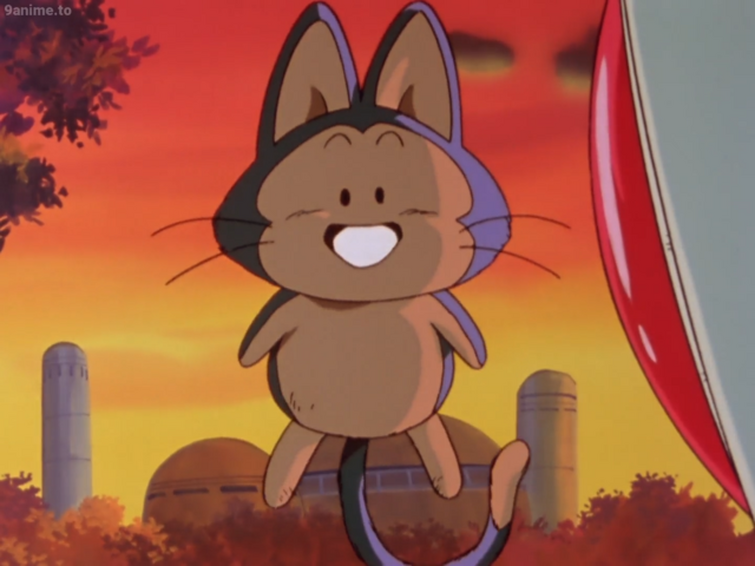 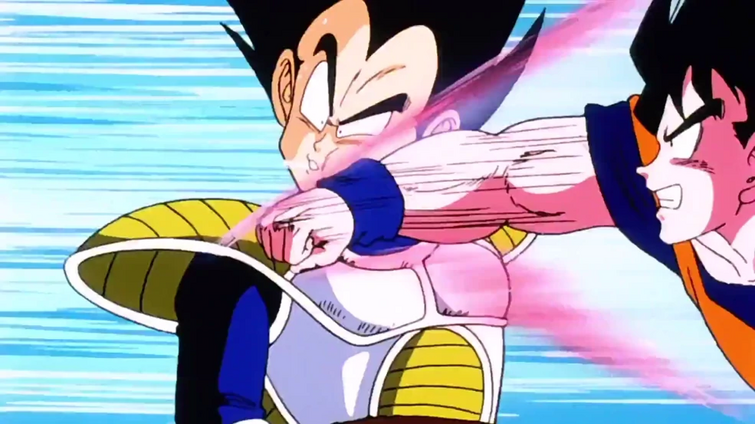 @Dreampony1 Here is my entry OC and his backstory for the contest of your next chapter of Frosty the Legendary Frost Saiyan. I hope you enjoy him. He's become one of my favorite OCs.

Name: Tenku Aoi (He always introduces himself as "Tenku, spelled with the characters for Heaven and Sky".)

Race: Kitsune (It's defined as an Animal-Type Earthling)

Personality: Chipper and a pacifist, Tenku is rarely seen without a smile on his face. The guy loves love, and prefers to see the good in everyone, no matter who they are, and because of this, he is easy to take advantage of. He is kind and often times displays wisdom and intelligence that isn't characteristic of him. Whether this is because of him merely lying, or merely because of his natural ability to connect with nature and the energy from it is unknown.

Strengths: His ability to naturally connect with others. His heart (Which could double as a weakness) which ensures he can make friends with and show love to anyone and everyone.

Weaknesses: His heart. He feels his emotions strongly, and thus, it is possible to really hurt him if you're mean. He is naive in such a way that he likes to believe in the good within people, and hopes that they are worthy of his trust, which makes it easy to take advantage of him and manipulate him.

- Nature Sage (He can connect with the energies of nature around him and communicate with it, as well as use its power [sort of like how spirit bomb works] to attack with energy beams or balls of energy.

- Transformation (Tenku can turn into a fox form or human form at will, but tends to favor a mixture, which is a human form with fox ears and a fox tail)

Chakra Awakening: Chakra Awakening is a technique that allows Tenku to awaken the 7 pools of energy where ki flows from in the body to use various abilities based on their element. Below is a google doc that is safe to use. I set it to "Copy" meaning nobody can see mine or your information if you click it. I promise it's safe, it's what I use for work. It will ask you if you wish to copy the document. Chose yes and it will copy the document to your own google docs account.

Backstory: Tenku was born in a place known as the Mystic Forest around 1000 years ago. He lived in a small secluded village with his mother and the rest of the village. However, at some point in time, an evil beast known as "The Cerberus" broke free of it's bonds and returned to the world to destroy everything in it's path. Tenku's mother, a kitsune known as Inari, who had to make the ultimate sacrifice that a Kitsune can make. She chose to become a "Celestial Fox" which granted her divine powers, and allowed her to reseal the Cerberus, but she couldn't stay, and was pulled off into the greater universe where she would serve as a protective spirit who would watch over Earth and nature and aid those who tried to protect nature. Of course, this meant she needed to leave her son behind. Tenku was eight when this happened. At first he was confused, but then he became sad. He left his village during the night and made a den under a large tree where he lived for a long time. He often times likes to play tricks on humans, but he isn't malevolent, and only does so in good fun, and will stop if asked. He enjoys helping people, and tries to live among humans in hopes of understanding them and finding someone who will love him. 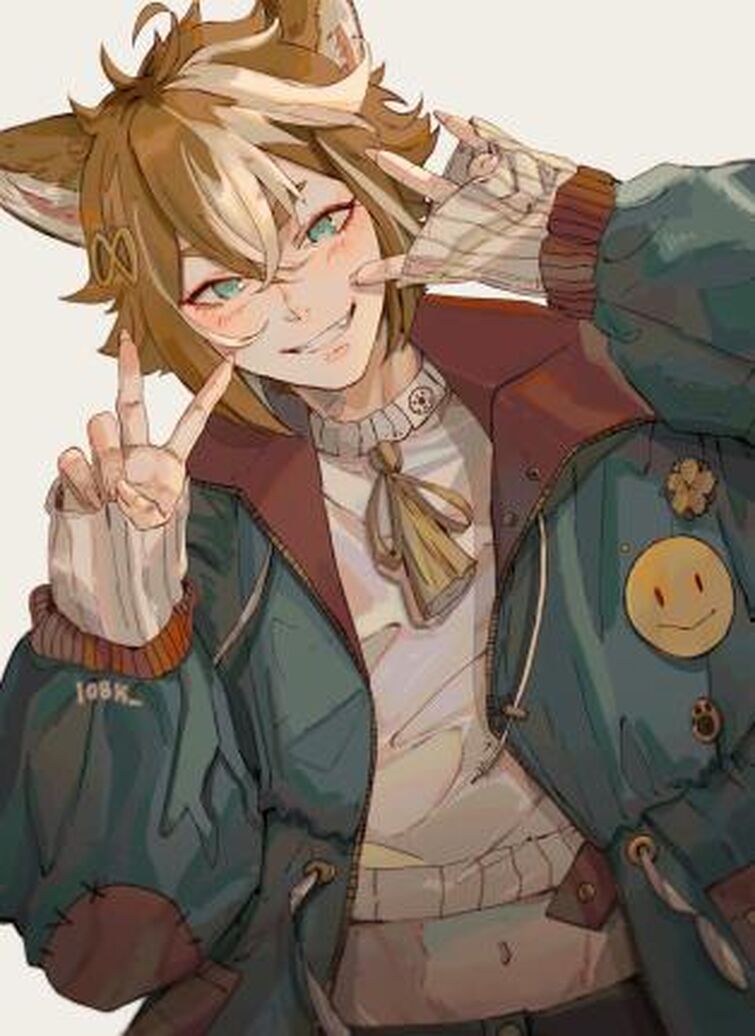 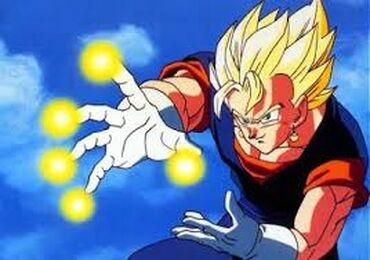 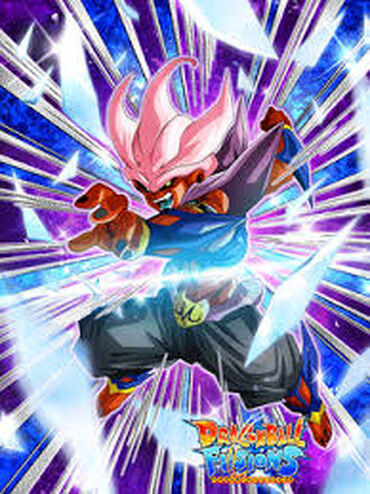 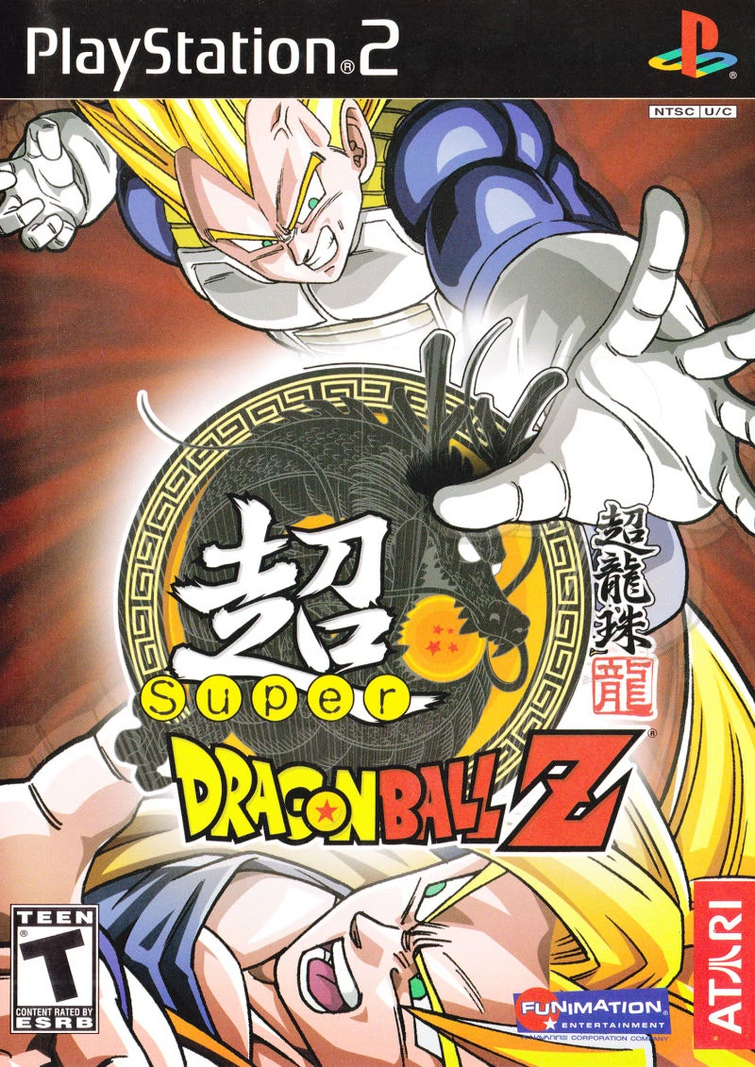 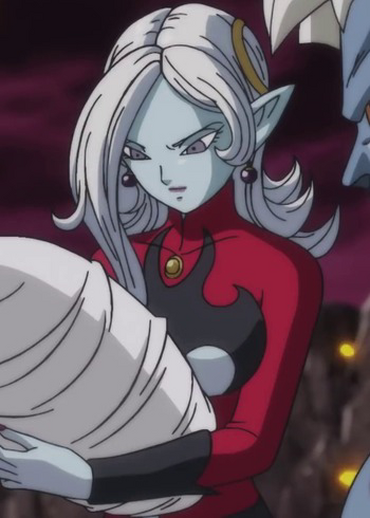 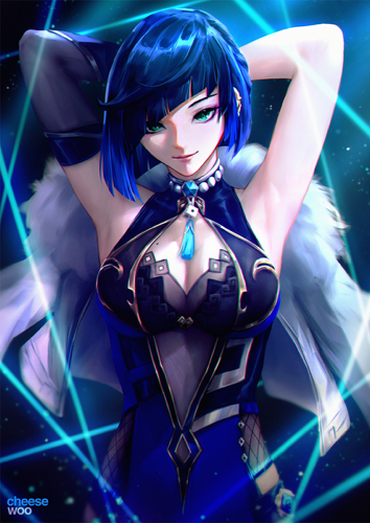 Her biology: Karma specifically came from the DNA of Karinatai, the Saiyan Heroine of Omnia City. Karma came from a machine similar to Cell's origin, but during her creation, the cloning process had a minor bug and affected her physical appearance and personality. But to keep her alive, the scientist who made the machine used the Earth's Life Force to keep her balanced and healthy. Making her a Saiyan fused with the planet's force, or a Bio-Saiyan.

Her personality: She's the opposite of her original, whom is prideful, brave, brash, and determined for a fight! Karma's quirky, shy, dork-like, and has probably the most righteous heart out of anyone in the series.

That's who Karma is, the main protagonist of the very series that'll make twists and turns, make you have a different perspective of it and its characters. What do you think? 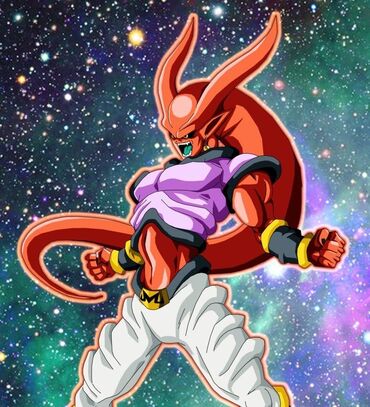 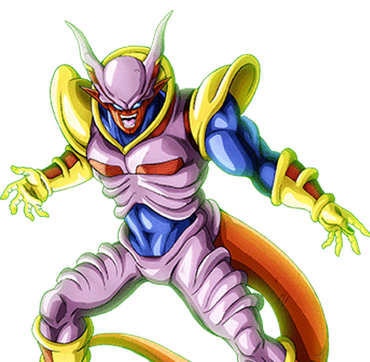 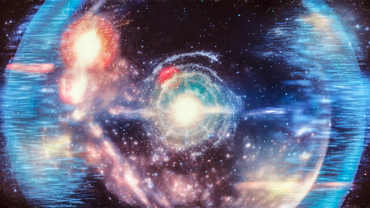 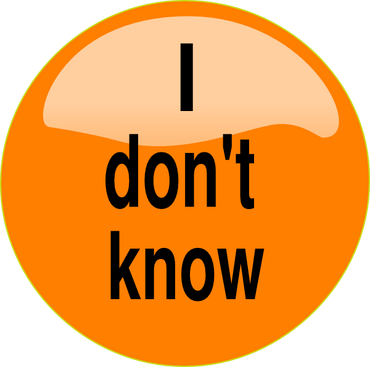 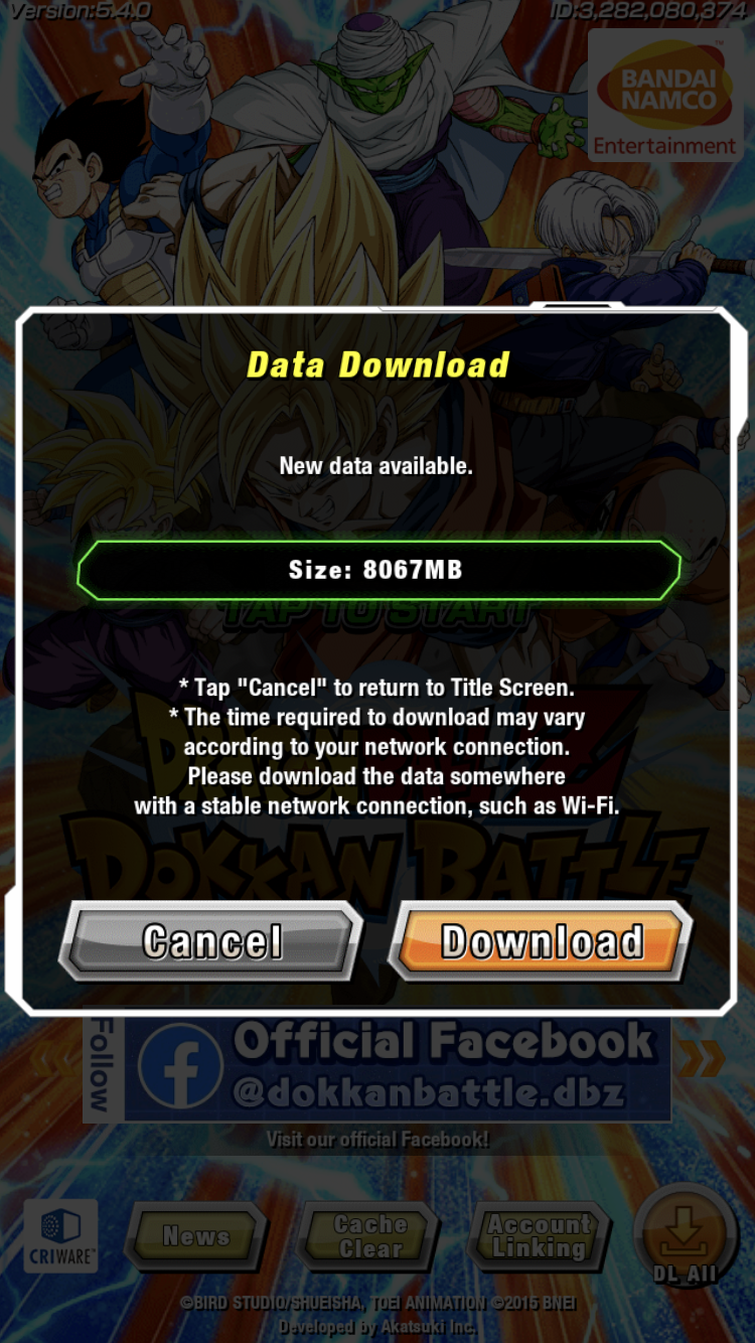 How much GB is that gonna take away from my phone 😭 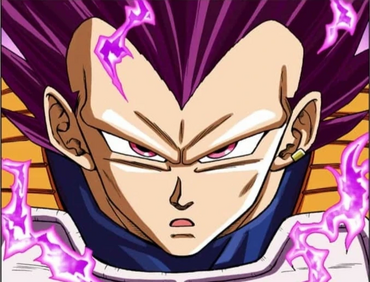 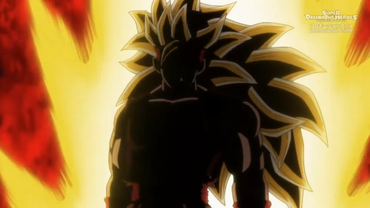 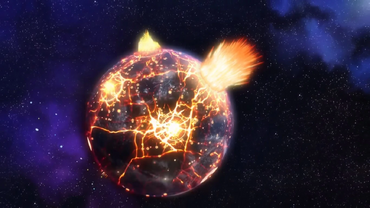 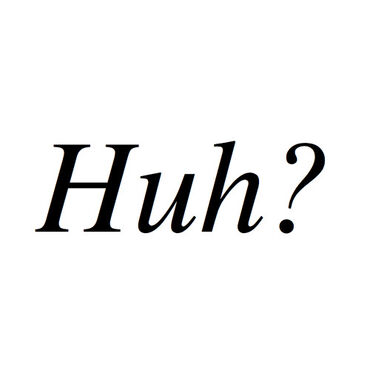 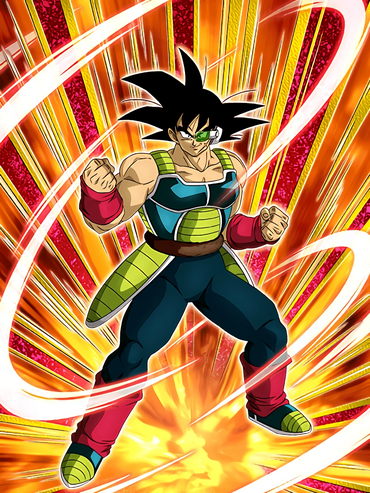 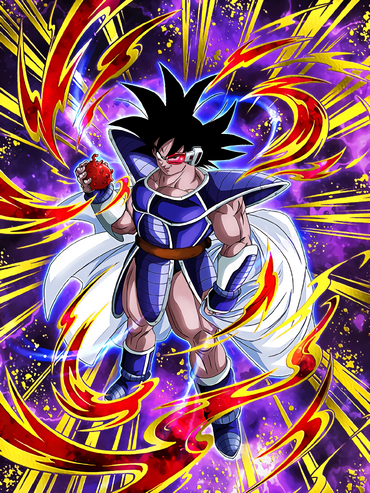 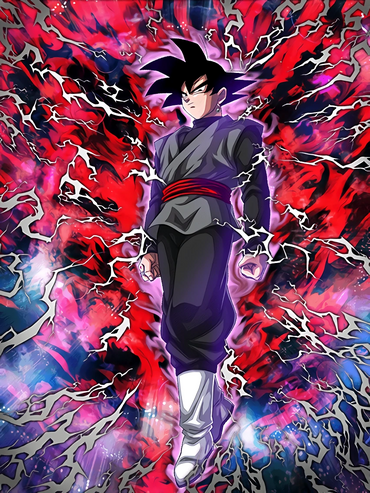 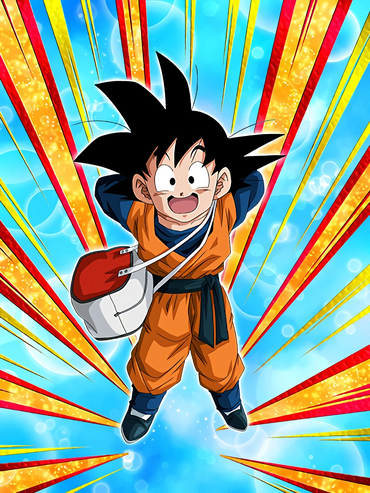